PHOTOGRAPHY : LIVE PERFORMANCE
february 6th, 2017
internal
JUMP TO THE PHOTO GALLERY FOR THIS ARTICLE
Praise Wave 2017 seemed shorter than it has in years past, but the three Saturday only concerts included top-notch, current day, chart topping bands. TobyMac opened the SeaWorld Orlando series followed by Francesca Battistelli in the middle and closing with a rather robust selection on SeaWorld's part… Skillet.

That single high-spot is one thing you can count on in the Nautilus Theater, as long as the artist gets out past main staging line.
Each band performed two 45 minute shows (give or take) on each of three connective Saturdays including January 14th, 21st and 28th, 2017. I really had only planned on shooting the first two Saturdays. While I do love watching Skillet perform, I have previously photographed them in some pretty amazing live venu environments.

Oddly, I was at SeaWorld on Skillet's concert day, but was photographing a Seven Seas Food Festival preview event, where a few of the new festival's food items were being previewed for the first time. The event ended a half hour before the last Skillet concert began, and based on the crowds, it seemed the likelihood of getting in was close to zero.

Skillet's Jen Ledger at PraiseWave 2017.
I have to hand it to the amazing Nautilus Theater event staff though… they found a way and a place for me to be to pull a couple of impactful shots and see another great performance by Skillet. Shooting a concert with a bag full of staged-food camera gear was a little challenging, but as always, I made the best of what I was given!

I still don't feel like I have found the Nautilus Theater's sweet spot though. The very large indoor venue was originally set up with an acrobatic type of live stage act in mind, and not concerts so much. I have found the main performance area to have a fair amount of ambient light (I'm assuming so the gymnasts could see what was going on). The main spots are very far and very high compared to other concert only venues and there is what I believe to be a large projection mapping system/screen spanning the back of the stage.

I'm not sure if the screen is rear for forward powered, but (I'm also just guessing here), the high contrast spots and side tree lights were designed to not hit the back screen (which would cause a wash out). It was all probably really great for the acrobatic show that had been performed in the theater for many years. For concerts… not so much.

The artists always seems to be in too much light, (expose for them and any background goes away), or in too little light (in which case, everything ends up looking very flat and non-directional.) There is a sweet-spot for shutter speed, and picking up some of the screen colors in the back… which can be anywhere between 1/160 and 1/320… but at that speed, the talent is going to have to be standing quite still to be in focus.

I generally like shooting above 1/500, so finding opportunities where the light is just right… is going to take a little more experimentation on my part.

TobyMac was the first performer in the series. My gut feeling is they were using all in-house lights for the concert. Toby McKeehan and The Diverse City Band were off the charts amazing. This was my first time seeing TobyMac live and hopefully, it won't be my last.

Holly Marie Miller, known by her stage name "Hollyn", is just days away from releasing her first album "One-Way Conversations" on the Gotee Records label.
On-stage lighting for the most part though, was fairly flat. I don't recall the side stage par cans being used that much, but I did manage to find one of the larger, extremely high spots to get a couple cinematic type shots from. That high spot is becoming my go-to light in the Nautilus Theater.

As a little extra bonus, one of Gotee Records newest members "Hollyn" came out and performed what I would call "second lead vocal" parts on a couple of occasions. (Former dcTalk member Toby McKeehan is one of the co-founders of Gotee Records which is distributed by EMI and Warner Bros. Records circa 2017 anyway… so… there you go.) I'm sure we will be hearing a lot more from Hollyn, her new album "One-Way Conversations" (which may still be a working title) will be released in February(-ish). In addition to being a powerful lead vocalist… she makes me feel very, very old.

Francesca Battistelli at PraiseWave 2017 SeaWorld, Orlando.
Francesca Battistelli was next up in the series. Francesca sounded amazing as always and this was a much different concert set-up wise. The large stage seemed almost too large for the rather intimate setting. There were a couple of new Mole-Richardson-eque (sorry, couldn't tell what brand they were) par banks set up behind the band set up in a 25 light square format. They were never really turned up enough to add anything other than the slightest color pop.

Skillet on the other hand, not only used every light in the house, but probably brought a few of their own! They also brought two lift jacks to send Korey and Seth 20 feet above the stage, pretty close to the top light rigging. Skillet is always so much fun to watch.

This is one time I really wish I had a lens with a longer reach. Because I was shooting food that day, 70mm was the longest lens I had access to. There was a ton of impactful lighting at this concert, relative to the previous two.

I have been able to shoot Skillet in some great venues in the past, but the one of the more illusive photos to get is Jen Ledger out from behind the drums. She actually got out on stage quite a bit for the last show in the PraiseWave series, and I might add one of these photos to my Live Concert Gallery… but I still want a do-over with my 300mm!

Don't forget to check out all the amazing photos in my Live Concerts : Christian Music Band Photography Gallery … and here's hoping the PraiseWave series will be back again next year! I really like the Nautilus Theater, and one of these days, I'm going to find the venue's sweet spot for concert photography!
Toby McKeehan or TobyMac opens the 2017 PraiseWave series at SeaWorld, Orlando.
A surprise appearance by "Hollyn" who is releasing her new album "One Way Conversations" in February, 2017 (Gotee Records).
TobyMac with Tim Rosenau in the background playing acoustic guitar.
The DiverseCity horn line.
The DiverseCity Band provides a solid foundation at TobyMac concerts.
Toby McKeehan... hey, wasn't he with that other group dc Talk? Ha! Still rockin' the hats and RayBans!
TobyMac with Tim Rosenau, PraiseWave 2017.
The DiverseCity horn line at a TobyMac concert.
TobyMac gets down in the audience and works his way from one end of the theater to the other. You might think this is an easy move... but it's a brave thing to do! Good for you TobyMac.
Toby McKeehan has charted 20 solo singles on Billboard's Christian Songs list.
TobyMac at PraiseWave 2017 SeaWorld, Orlando.
A reflective moment at PraiseWave 2017.
Well sure, I mean... if you could have your own clothing line, why not? TobyMac sporting the MAC BLK LBL t-shirt and Beanie.
Francesca Battistelli at PraiseWave 2017 SeaWorld, Orlando. The lighting at Francesca's two shows was very subdued (and almost non-existent).
Skillet's John Cooper. These twin single high spots are quickly becoming my go-to lights in the Nautilus Theater.
Jen Ledger is so hard to get a great photo of, but this comes pretty close, and was only one of two times that she emerged from behind the drums.
Seth Morrison on his way up to the lights. There were two of these hydraulic lifts on either side of the drums.
I don't know what it is, but Korey Cooper is one of the easiest rock stars to take a photo of. If you take five or six shots of Korey and don't have a keeper... something's wrong with your camera.
Another shot of Jen Ledger shows just how quickly the lighting can change at a Skillet concert.
Skillet's Jen Ledger at PriaseWave 2017. As necessary as those high-spots are, they also make really hard shadows, especially when you can't use flash to fill in the shadow areas.
return to top of page
ARTICLE INDEX
PREVIOUS ARTICLE
time for a change
NEXT ARTICLE
starting in the middle
RECENT ARTICLES
SITE NOTES
september 9th, 2020
a couple of quick menu system changes
DESIGN
march 27th, 2018
the p.s. flavor!tm club seasonal guidebook
DESIGN FOR PRINT 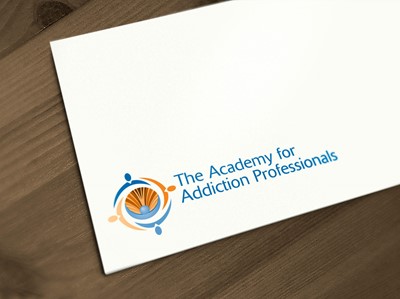 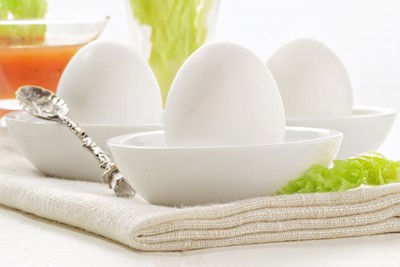 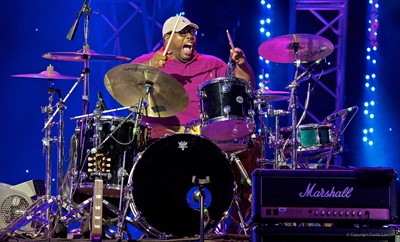